Our Sunday Talmud class began in Fall of 2014 thanks to student initiative and request. It is held weekly at the Sunday Minyan Brunch at Shabbos House, following the 10:45am Shacharit prayers. It’s a short study and we change the tractate topic each year (or semester). There are prepared text packets to use, with both original Talmud and English translation. And we study for a short but lively lesson over the brunch, so there’s both food and food-for-thought.

This year we’re doing “Around the Year in Talmud” with selections from various Talmud tractates as appropriate for the Jewish holiday seasons of the year. Stay tuned for the handout booklet, should be ready before Rosh Hashanah for use throughout the academic year at UAlbany.

For Sunday Talmud this year we did a selection of talmudic pieces (mostly from tractate Menachos, but also from Berachos and elsewhere) about Tefillin – fitting for study right after our Morning Minyan and Tefillin.

See here for the Talmud on Tefillin Booklet in PDF: SundayTalmudTefillinMenachos

This year’s Talmud choice is based on some student feedback. We’re going to be studying selections of Talmud tractate Taanit (at least for the Fall semester), focusing on interesting and insightful stories and teachings. While we try to make the Talmud study as accessible to all, moving from a legal Talmud text style to a story-based one will allow more people easier access and participation, even without any prior Talmud experience. We will be learning from original Talmud texts with English translation. While Minyan Brunch is pretty much a guys thing, girls are welcome, especially for the Talmud study portion.

This year we’ll be studying the tenth and final chapter of Talmud tractate Bava Metziah. It’s a short chapter, only about 2.5 Talmudic folios (double-sided daf or blatt) so it will be reasonable to finish in one year’s worth of Sundays, without rushing. 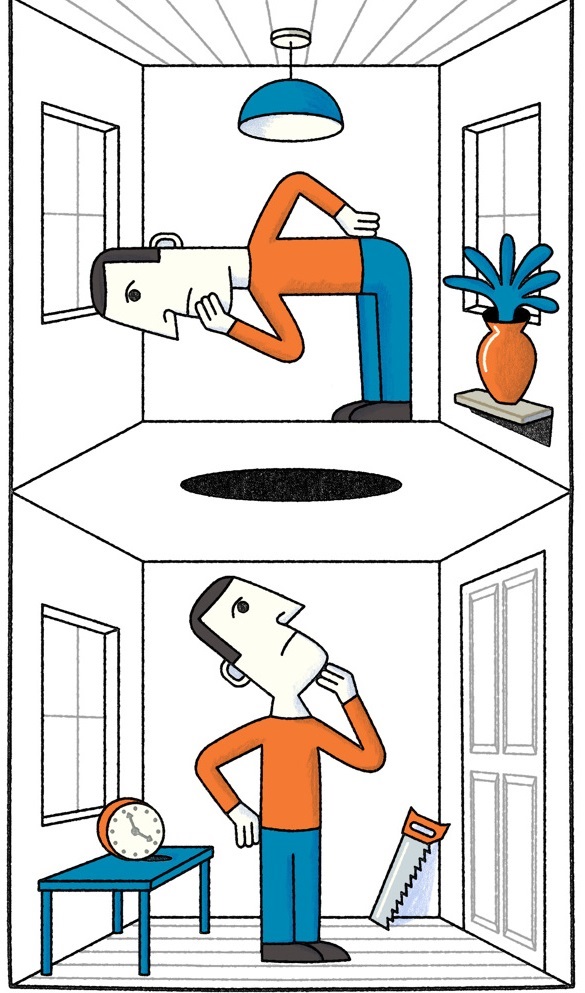 The topic of this “Bayit v’Aliyah” chapter is “Upstairs/Downstairs” about landlords and tenants or co-op owners etc of a shared building, dependent on one another, and the various legal issues that may arise between them. While the Talmud often meanders from one subject to another, this theme is fairly consistent in this short chapter.

The goal will be to complete this chapter of Talmud by the end of the year, learning a little more each Sunday after the Minyan Brunch. We hope to get back to the review worksheets and other learning aids to be as accessible as possible for all levels of Talmud learning, open to all students.

While Torah Tuesdays require no commitment, you can come for one class or for all, given the nature of Talmud study it’s probably best for those interested in this weekly Talmud study to try to come as many times as possible to keep the flow and be in the loop of the ongoing discussion.

See this post for student discussion about questions at our Siyum, on the closing lines of this chapter and of the tractate Bava Metziah.

3) Brachos26b Are the 3 daily prayers based on Patriarchs or on Temple sacrifices? — Avi S.

4) 26b3-27a2 Rabbi Yehuda’s 4th Hour, is that until or including the 4th hour? And determining Plag HaMincha.

5) Brachos27b28a1 3 lessons from Rav’s visit to Geniva’s House, and whether a student can pray directly behind his teacher. — Yonatan A.

6) Brachos2728LongStory Long story of R’ Gamliel, R’ Joshua & R’ Elazar ben Azarya. Can be subdivided into different segments, too. Why they impeached R’ Gamliel, R’ Elazar as a replacement, and the reconciliation. — Moshe R. Elliott W.

7) Brachos28b Mishna on R’ Nechunia ben Hakana’s short prayer before and after House of Study. Talmud with more elaborate Braysa on the same. –Matt H.

8) Brachos28bRYBZ Rabban Yochanon’s words to his students before his passing. — Justin R.

12) 29a1 Abbaye and Rava on why Shmuel HaKattan wasn’t replaced as Chazzan? — Mendel R.

We still have a page and a half to the end! more topics to come…