Tidbits from the Tisha B’Av Kinot

Kinot are a collection of liturgical poems of lament that are said on Tisha B’Av, a dark and sad date on the Jewish calendar when we mourn the destruction of the Jerusalem Temples, and our national Jewish identity. We did another post titled “My Favorite Eicha Verses” which focuses on the Eicha Book of Lamentations by Jeremiah, but this more on the later (yet still quite old) Kinot poems that are hundreds of years old, some closer to a thousand years or more – tidbits and notes below in no particular order (collected mostly from tweets we posted on #TishaBAv #Kinot).

Kinot poetry is incredibly rich & complex esp as it echoes, reflects, borrows and paraphrases earlier texts weaving them in w/ new & old meaning. Examples of this abound in #TishaBAv #Kinot, every line, every phrase. Here are a few examples:

This #Kinot on book burning uses a legal #Talmud text how fire in the laws of Shabbos is “highlighted to differentiate or legally separate”… here reused to say “How this damaging fire breaks us apart”. The poet sneaks in a legal Talmudic terms in a heartfelt emotional way. This is typical of Kinot, and is best appreciated when you know the original source from which is it borrowed.

Another example: Lamenting the torn cloak of High Priest during the desolation of the destruction recalls the biblical verse specifying about this priestly cloak’s reinforced hem, “not to tear!” This tear is not just about a garment but about what used to be a dependable protective edge, that doubled hem, that is now torn apart, with loose vulnerable ends, all strewn about…

AND BORROWING FROM KINOT

Perhaps Naomi Shemer’s richest line in her classic “Jerusalem of Gold” song is borrowed from Judah HaLevi’s beautiful #Kinot (mourning & yearning for) Zion, see the last line pictured: “I am a harp to your songs.”

This centuries old poem in my lifetime recalls “Prisoners of Zion” the refuseniks and religious dissidents, and the underground Chassidim in Soviet Russia, and modern-day captives of the IDF, among other held against their will, striving and yearning and hoping for freedom.

Not pictured is another beautiful Judah HaLevi line about placing the broken parts of our hearts within the (ram)parts of Jerusalem. Get it? Parts and parts… the poetry is so beautiful and meaningful.
JUXTAPOSITION AND CONTRAST
Another poetic style in Kinot is juxtaposition and contrast. For example, one Kinot poem does an historical juxtaposition of exodus from Egypt vs from Jerusalem, redemption vs exile, it is rich poetry & perspective showing the stark painful contrast between our people’s joyous and proud leaving Egypt in the Exodus & later leaving Jerusalem to Exile, broken and humbled and in great suffering.
A MEANINGFUL & TELLING KINOT COVER 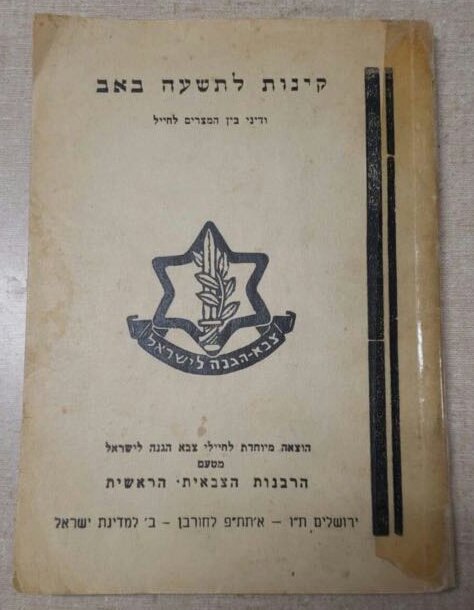 The description of the year this #TishaBAv #Kinot lamentations booklet was published (listing both X years since the Temple’s destruction and X years since the establishment of the modern state of Israel) and by whom (the IDF and Israeli Rabbinate) is all very interesting and telling.
THE WORD EICHA
“Eicha” is a key Tisha B’Av word. It is the opening word and Hebrew title of the Book of Lamentations, it appears in the Devarim Torah reading and Haftorah read on the Shabbat Chazon before Tisha B’Av. And it is the opening word of many of the Kinot poems and passages.
What does Eicha mean? It is translated as a mournful lament like “Alas!” and as a questioning “How!?”  These two translations can possibly reflect Tanya chapter 31’s difference between sadness/depression vs. bitterness/upsetness. The How question still seeks!
Twitter friend and Chassidic academic scholar Rabbi Eli Rubin quotes the Midrash which sees “Eicha” as having the same letters as “Ayeka” (only with different Hebrew vowels and pronunciation) to mean the soul-searching and asking of “Where are you? Where are you G-d? Where are we the Jewish people?”
ABOUT BOOKS 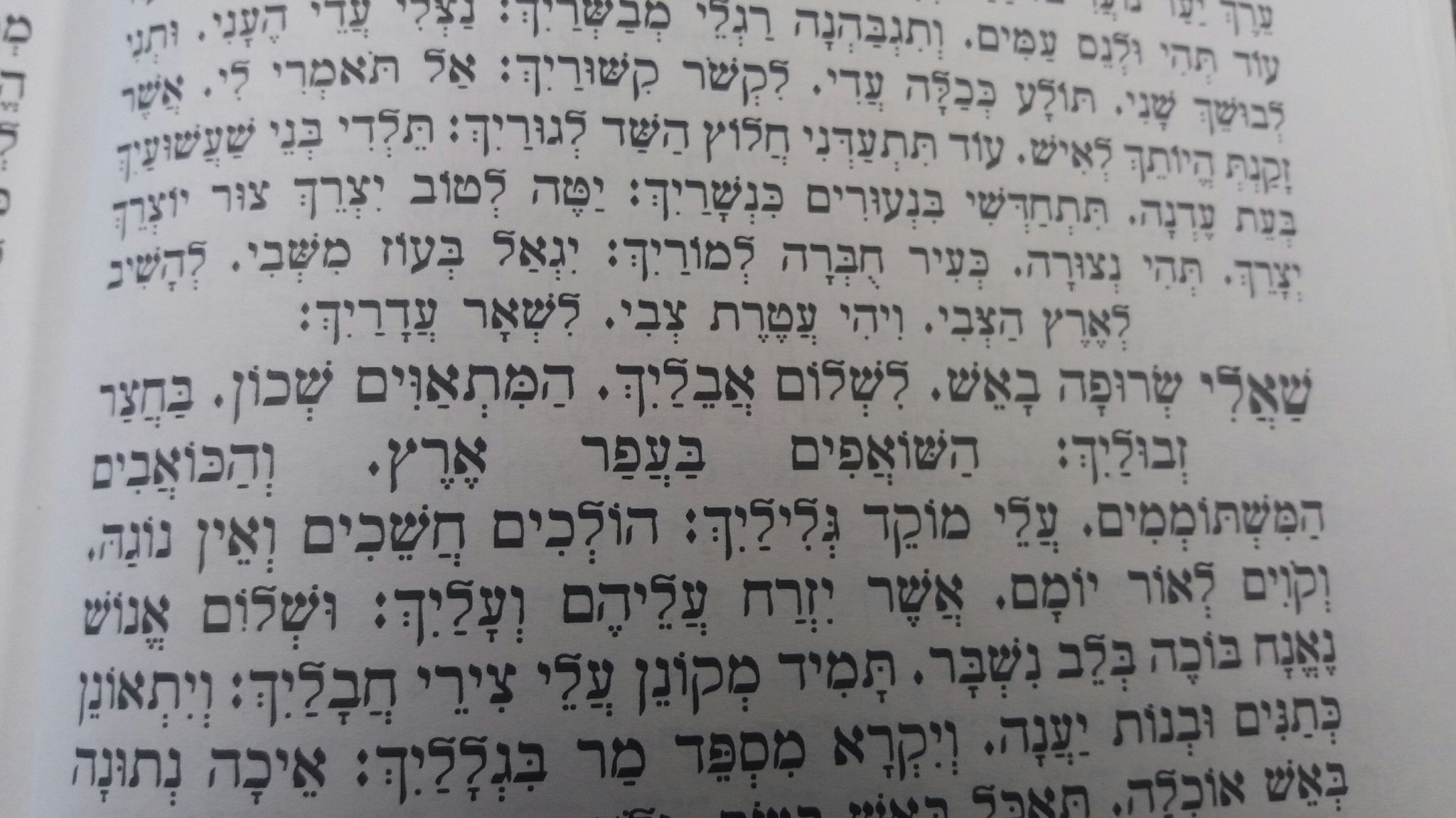 Tisha B’Av Kinot mourns the burning of (manuscript) books (burning of Talmud in Paris 1242) as people in this #Kinot by R’ Meir of Rothenburg who himself died in captivity (because he refused to be ransomed fearing it would become a tragic precedent to kidnap Jewish leaders) and his body wasn’t released for burial until 14 years later. He was a great & important Torah teacher, a teacher of teachers and Rabbi of Rabbis, living in Germany about 600 years ago.
TISHA B’AV MORNING TORAH READING

Such mixed messages in #TishaBAv’s morning Torah reading! Yes, it opens with abandonment & destruction, dispersion & exile… but also has the opening verse chanted on Simchat Torah (one of happiest dates on the Jewish calendar) & a key verse on seeking repentance/return. This Torah reading has one of the most foundational verses in Chabad thought about connectedness to G-d. So in the midst of this distance, there’s also so much closeness!

We have more on Kinot and Tisha B’Av, perhaps to add more soon.

Meanwhile on Tisha B’Av look up these other posts:

What’s This Brick Doing on the Table?

The Dot in Hello, Red Fox

The Cloud Over Students