The Period of the Three Weeks between the fast days 17th of Tammuz and Tisha B’Av is a time of semi-mourning for the destruction of the Jerusalem Temple and the start of the long Jewish Diaspora. Traditionally, there are no weddings or live concerts during this time, among other restrictions including haircuts. As we near Tisha B’Av (the 9th of Av) there are additional restrictions and increasing mourning rituals. See more details and background at Chabad.org/ThreeWeeks.

While Chassidim certainly observe all the semi-mourning mandated by Halacha (Jewish Law) during this period, as with most things Chassidus adds a positive twist. To the Rebbe, these Three Weeks aren’t merely a time of mourning destruction, but a time to focus our energies on rebuilding. By increasing in loving our fellow and Jewish unity, added Tzedakah and by studying the laws of the Temple – we are actively (on a spiritual level) participating in its construction.

DESTRUCTION FOR THE SAKE OF…

In fact, the Rebbe uses a principle from the laws of Shabbos observance to illustrate how destruction itself can be part of the rebuilding. Construction is forbidden on Shabbos, as part of the 49 Categories of forbidden work on the Day of Rest. So is destruction, but not all forms of destruction. Wanton destruction, destroying for the sake of destroying is not biblically forbidden (though the Rabbis consider it forbidden work). From a biblical perspective, destruction is only forbidden on Shabbos if it is Soser al Menas Livnos – destruction for the sake of construction. Therefore, the destruction of the 2nd Temple (certainly a very sad and terrible thing for our people) has a silver lining, in that it allows for and encourages us to seek and work toward its rebuilding. 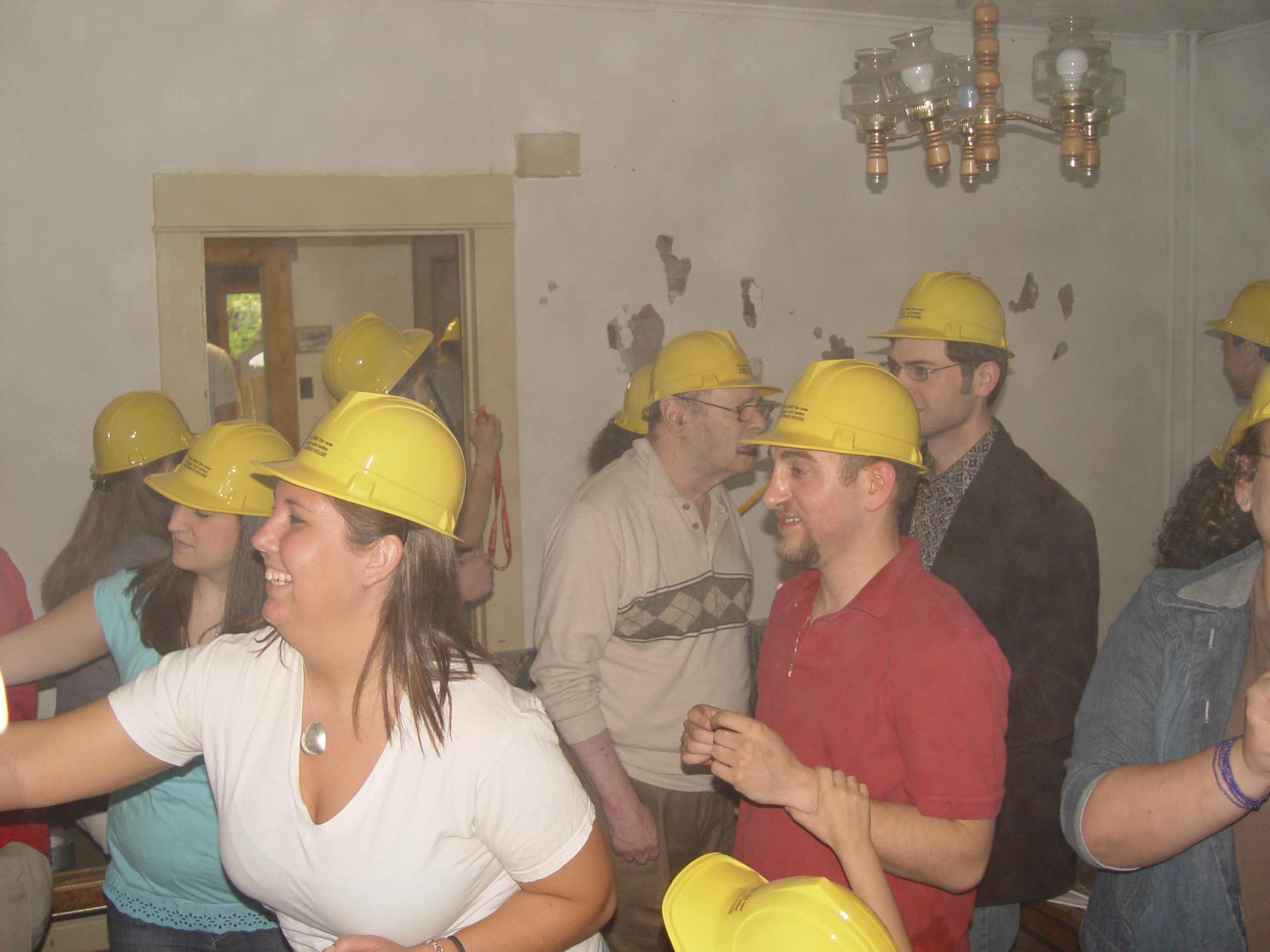 Those who were at the Shabbos House Grad Party in 2008 will remember the plastic yellow construction hats and the hammers and tools when everyone had a chance to bang away at a wall in the old 320 house to ceremonially pave the way for the demolishment of that old house and start of construction for the new, bigger and better Shabbos House on that site. Such demolition, while destructive, has a positive forward-looking constructive vibe. It focuses more on filling the void in the future than regretting the void we’re in now.

So Chassidim dance a fine line. We observe this as a period of mourning, we deeply regret the loss of the Temple, its associated spiritual revelation and our national Jewish identity, yet we also view this time as a time to focus positive joyous energies on its rebuilding.

There’s a humorous story that speaks to this paradox and how each opposite emotion ought to have its proper place and not be confused or blurred with the other:

A pious Chassidic Jew was traveling between some Eastern European towns and stopped to sleep at an inn, whose owners happened to be simple rural Jews. They set him up in Room #33. Late at night, near midnight, the innkeeper was closing up for the night, and he heard crying from Room #33. He knocked at the door, peeked inside, and was surprised to see that elderly Jew sitting on the floor, crying bitterly and reading by candlelight. “What’s the matter?” he asked. The Chassid explained that this was a nightly ritual (observed by rare few) where at midnight one mourns the destruction of the Jerusalem Temple. The simple innkeeper didn’t know much about it, so he sat down near the Chassid, who patiently and lovingly explained what the Temple was, what it meant to our people, and how its loss affects us to this very day. The innkeeper was moved, and he too began to cry. At a later point in the Tikkun Chatzot ritual, the mood turns to joy as we look forward to the Temple’s rebuilding and the final redemption from exile. So the Chassid got up and began to dance. The innkeeper got up, too, and they danced together. All this noise woke up Mrs. Innkeeper, who seeing her husband out of bed, rushed to the source of the tumult. Imagine her surprise to see her husband dancing up in Room #33 with this Chassid. After midnight! “What is this all about,” she asked, “What are you dancing about?” Her husband replied: Mir Tantzen afen Churban – we are dancing for the destruction!

A TIME AND PLACE FOR EVERYTHING

So, there’s a time for everything, as King Solomon wrote. Everything has its place. Yet even in this time of destruction and mourning there’s room for joy, for positive forward-thinking, for growth and rebuilding, especially with the lens of Chassidic thinking.