We happened to get a big anniversary edition of Babar (the elephant king) out of the library. It dates back to to France in the 1930’s but it is an enduring classic remaining popular with children to this day. Babar is the king, Celeste is his wife, they and their three children all wear human clothing, they drive a car and rule over the elephants in Celestville. There’s the Old Lady, a patron of the king who bought him the clothes in the first place, Cornelious the wise old elephant, Zephyr the monkey and some other characters. Our older kids have become more skeptical of this book series and messages, they have a whole bunch of questions, especially with current sensibilities & sensitivities.

More recently, thanks to our alumni and librarian friend Sheryl, we got into another elephant based book series, Piggie and Gerald books by Mo Willems. There’s a big difference in the elephants: Babar’s elephants are flat, one-dimensional, don’t have much expression. Their eyes say little, never mind any eyebrow action. Not so with Mo Willems elephant! Even without Babar-esque clothing, his simplistic line-drawing elephants are full of expression, so much emotion, they have so much character! Both are children’s picture books but in comparison, Babar’s storyline is so simple and basic, while Mo Willem’s books are cleverly written for both children and adults… everyone sees themselves in it, it speaks to all levels with an emotional appeal, you can easily relate to it. No matter your age, Mo Willem’s books speak to you!

Now taking this to the Jewish holiday of Sukkot:

Shaking the Lulav set on Sukkot may seem to just be a bunch of green stuff tied together, kind of like a Babar book but really each of the four species have their own character and style and message, more Mo Willem’s style. The four species are either tall and short, long or round, tasty or aromatic, narrow and wide leaves, compact leaves or spread apart and other differences – each with its own meaning and symbolism. See these posts for some of the classic differences: Naama Henkin Art and Lulav Unity, or Why we emphasize Lulav over Etrog?, or this one with stories about Willow Jews.

And the goal is that we should be able to see ourselves in them, like a Mo Willems book, we should be able to relate to it, feel connected to it. The Lulav set ought to speak to us, we are supposed to internalize the experience and make it our own! For more on Lulav as an internalizer, see this post titled “Meatballs and Spaghetti: Lulav in a Sukkah” 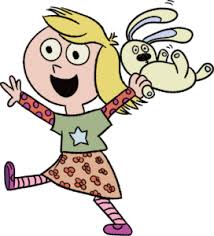 One more Mo Willems Sukkah & Lulav connection is based on a different one of his books about the “Knufflebunny”, I believe it it is titled “Knufflebunny, Too”.

A little girl is very attached to a Knufflebunny but is mortified when going to school there’s another girl with a Knufflebunny in her class! There’s some friction and tension between them so the teacher takes the two bunnies away until dismissal and then gives one back to each girl. In middle of the night she awakes in terror that the Knufflebunny she took home was the wrong one! She wakes her father and insists that he contact the other family in middle of the night to  exchange them and get her bunny back. Indeed, the other girl had the same terror. They met and exchanged their Knufflebunnies in middle of the night at Grand Army Plaza in Brooklyn and became friends after that. It was hard for me to tell at first what difference they noticed in these identical bunnies,  but our little kids saw it right away! (Should we give it away? It’s a tiny hair bow that makes all the difference).

This Sukkot was perhaps the first time in Shabbos House history was so invested in his Etrog that he made a big fuss and was irritated and upset about a little black dot on it. To most students Etrogs look mostly the same, kind of like how adults look at Knufflebunnies. But for someone who cares, for someone who has that level of attachment and concern and passion, the tiniest dot on an Etrog is like a bow on a Knufflebunny. It may appear identical, but it sure is worlds apart and worth waking up for in middle of the night to get it right!

Even if micro-Etrog detailing isn’t your thing, the message is obvious. For the things we really care most about, even the smallest detail makes a big difference.