Why the ZEN Atrium is great space for #UAlbanyShabbat360

#ualbanyShabbat360 2017 will be held on Friday night March 3rd, 2017 in the glass-atrium of the CNSE Nanotech ZEN Building. See this Shabbat 360 2017 link for more details on tshirt signup, walking groups, and more!

We’re glad this beautiful space worked out when the UAlbany Ballroom wasn’t available, but there are some reasons why this may be a perfect space for Shabbat 360 this year.

Let’s start with these reasons and connections, we’ll keep adding more as we think of them: 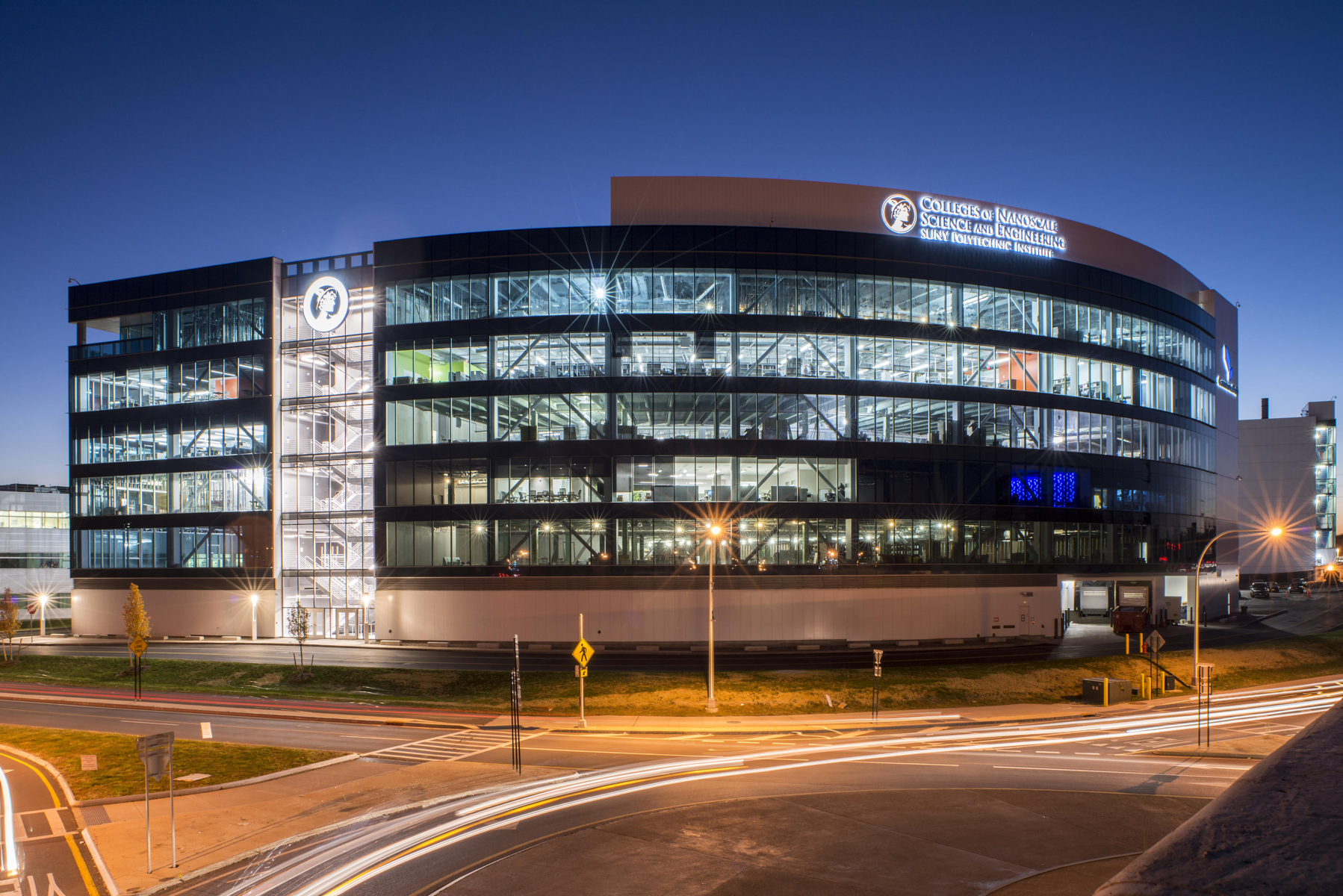 You’re probably thinking Zen Buddhism, but hey , isn’t this a Jewish religious event! As it turns out, the name ZEN for the ZEN building has little to do with ancient religions and much more to do with an effort to heat, cool and electrify this giant new-age high-tech research building with ZERO-ENERGY or to promote Zero-Energy endeavors. OK, they mean ZERO-ENERGY from outside sources and power it instead from within – solar panels, geothermal or whatever neat new alternate energy systems they have. Wow – this sounds so much like Shabbat! This is the one day of the week when we power down on external stuff, and power up from energy that comes from within: prayer, friendships, community, melody, holiness… 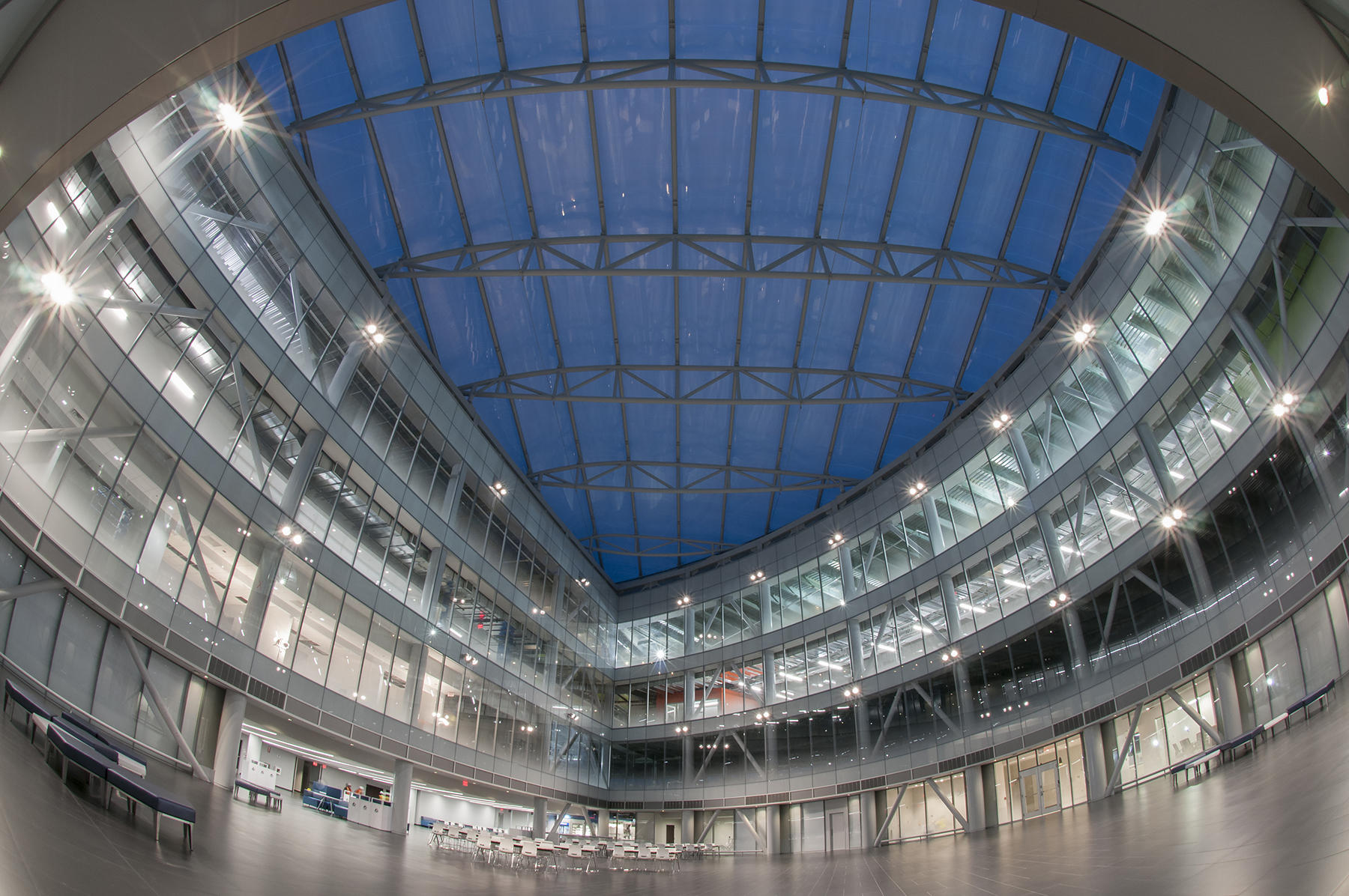 An atrium is an in-between space. It feels like its outdoors and indoors at the same time. You are sheltered from the elements but it has that wide-open feel that allows you to see everything. Kabbalistically, Shabbat is a glimpse and taste of the world-to-come. Yes, we are still very much part of the here-and-now world, physical reality is real, all that is true, but Shabbat opens a window – or an atrium of windows – to something way beyond our world. Almost all of us will have to cross Fuller Road to get over there (unless some CNSE Nano students will be coming from a lab or class, or UAlbany students coming from dorms at Freedom). The goal is to get a fuller crowd, a fuller picture, a fuller sense of our campus Jewish community.

The short street that crosses from UAlbany at Empire Commons through the roundabout over to CNSE Nanotech (and towards Freedom Quad) is called “Tricentennial Drive”. Which tricentennial? Albany’s! In 1986 Albany celebrated its 300th year, as one of the oldest cities in the United States, going back to 1686. The slogan for the tricentennial celebration in 1986 was “Albany: Still Making History!” And we hope that likewise, our annual #ualbanyShabbat360 event continues to make history, year after year. 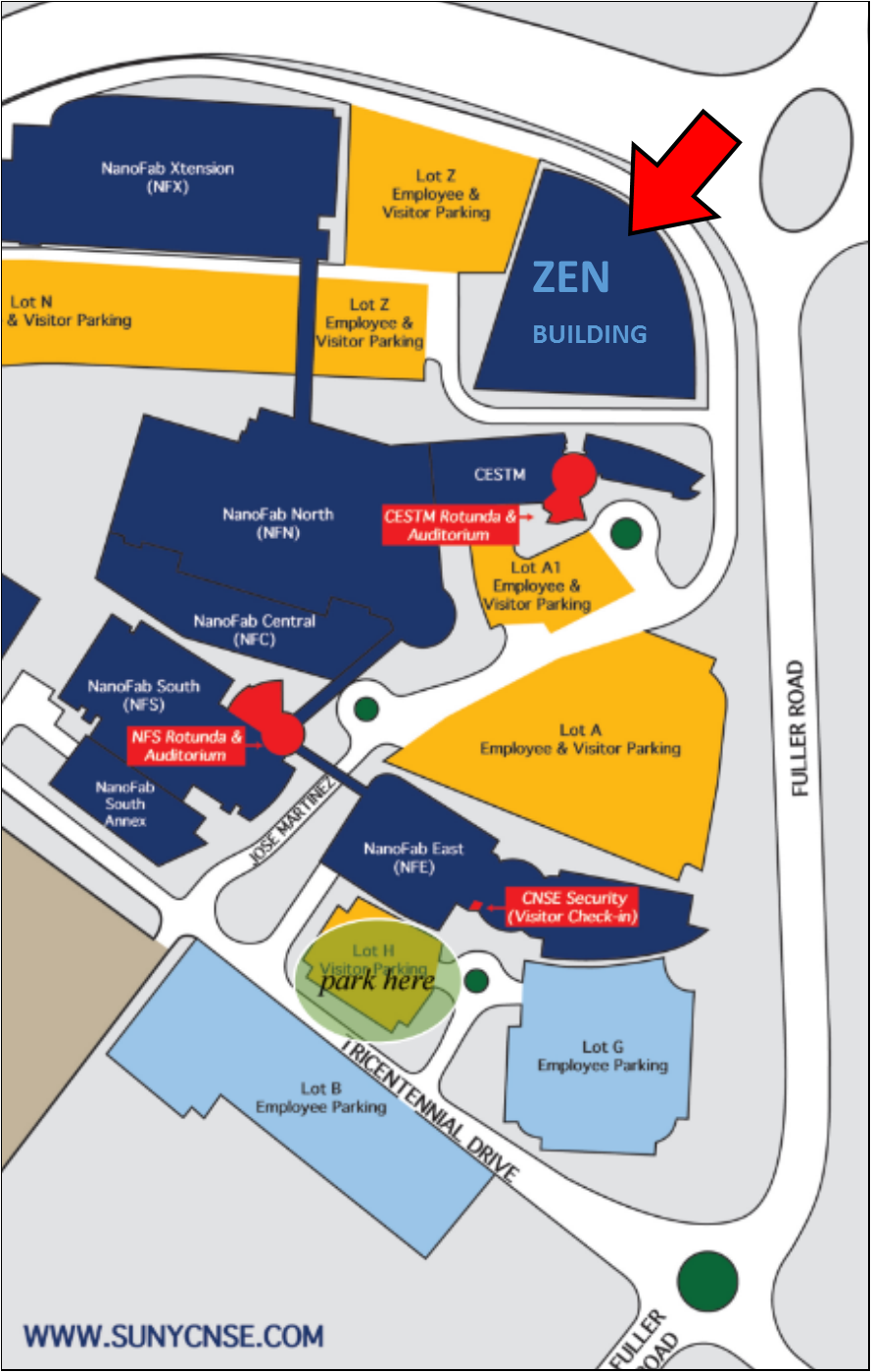 The ZEN Building at Nanotech has two different sides to it. The side facing Fuller Rd and Washington Ave has that distinctive rounded blue glass, while the two sides facing back into the Nanotech Complex are square. Kabbalistically: square represents finite, while a circle symbolizes the infinite. Chabad texts emphasize how every Mitzvah synthesizes infinite and finite, spiritual and physical – especially Shabbat, which is a wholesome harmony of physical and spiritual, heaven and earth, infinite and finite – all rolled in together. A building that is both square and round seems like a fine symbolism for having a grand Shabbat dinner.

Looking from the air, the ZEN building looks like a nice big slice of pizza among all the buildings on the Nano Campus. No, we’re not serving pizza at #ualbanyShabbat360 – but think about it, a slice of pizza is one slice, a fraction off a greater whole. Same with Shabbat 360 – each of us is a slice of the whole, an integral part of a campus community celebrating Shabbat together.

Could this be ironic, celebrating Shabbat 360 (the degrees in a circle) in a triangular building and atrium? There was some thought that this year’s circle logo be made of many triangles formulated as a circle. This takes us back to the pizza message – it takes many triangles, all lined up in sync to make one big circle.

Having the dinner off-campus could be a drawback, but there’s also the excitement & interest, curiosity and mystique about the whole Nano-complex and the huge new ZEN building for many UAlbany students who have never been inside there before. (FYI, Mushky’s 2009 Bat-Mitzvah was at Nanotech South in 2009 – before ZEN was built – and first time for many to be inside Nano). What’s the Shabbos connection? Shabbat too, has a mystique, an intangible hard-to-pin down spark, like the Talmud story about the “spice of Shabbat” printed in the intro to the Shabbos House Cookbook.

Wow, the plans for this #ualbanyShabbat360 have been so fluid… first Feb 3rd in the Ballroom, then this change and that, finally March 3rd at ZEN. And even the prayer locations kept changing until the day of! The message? Shabbat is a break from the hectic back and forth of life’s many changes, it is an oasis of certainty in a world of uncertainty. So many changes leading up to this Shabbat, which will hopefully settle down into one awesome and wonderful Shabbat360 event.

One more thought about the shapes – of the room, the building and on our tshirts. 360 symbolizes the 360 degrees of the circle, but there are many angles that go into that. Our tshirt circle has triangles pointing outward, expanding in every direction. We’re approaching Purim – when we eat Hamantaschen that start off as dough circles but are folded up and baked into delicious triangular sweet-filled cookies.