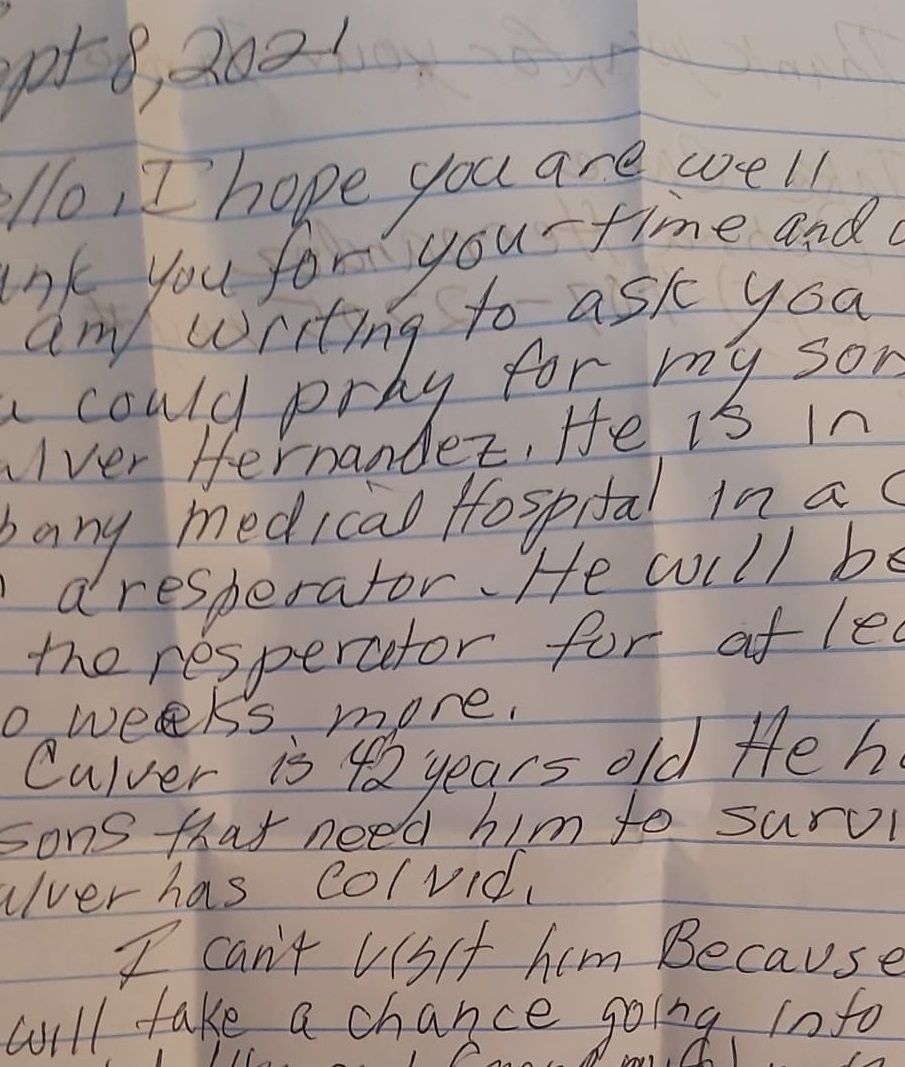 We got a page plus of a handwritten letter on a lined notebook page from a woman (whom we do not know) who live a few counties south of us, whose son (age 42 and father of 4) is from a nearby county but now in a coma at Albany Medical Center very sick with Covid. All the letter asks is that we pray for her son. And on the other side she thanks us for our prayers, and leaves her name and phone number.

I called the number on back of the letter. We talked about her sick son, about her grandchildren who need their father back healthy, and I asked her about the letter. What prompted her to write us? How many other such letters has she written?

Turns out she’s been writing a lot of these letters. They are not emails, there’s no copy and paste. It’s all handwritten original. She could have made copies! But no, she hand wrote each one. She can’t think of anything else she can do for her son. She is unable to visit him, she’s reliant on the doctors and as hopeful as she can be. All she has left is prayer, and she’s writing to all types of houses of worship to join in praying for her son. She isn’t Jewish herself, but she also write to Jewish houses of worship (such as ours at Shabbos House) because she feels we have a special connection to G-d. She’s not asking for money, she’s not asking for help, all she asks is that we pray for him.

First of all, we wish her son well. May he recover, may he get back to his kids, may his mother see him hale and hearty and happy again.

And think of the lessons we can learn from her sincere belief in the power of prayer!