For Thanksgiving 2022 our family went on a road-trip to see 4 of Raizy’s siblings and their families in the Midwest. We drove through Canada, spent a night in Detroit, most of the weekend in Chicago and a morning stop in Cleveland on our way home. Being it was a road trip, we found interesting things to stop and see along the way.

Our return was at the start of the week of Parsha (Torah portion of) Vayeitzei which opens with the iconic imagery of Jacob’s Ladder, standing on earth and stretching into the heavens.

Two of our road-trip stops were illustrative of something about Jacob’s Ladder that is especially relevant to all of us: 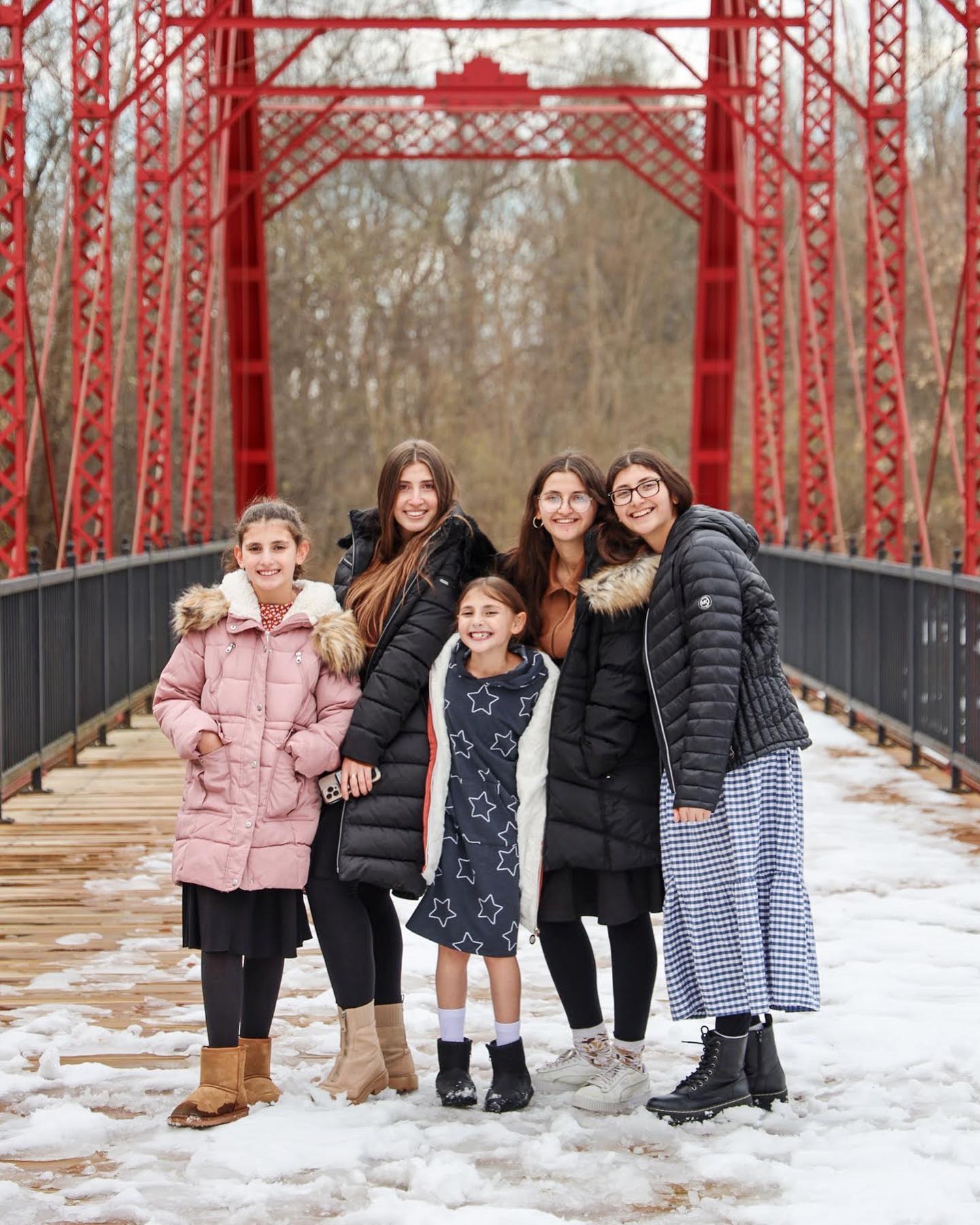 In Battle Creek Michigan we stopped at a park that’s a “Retirement Home for Old Bridges”. It’s actually a scenic and picture-esque little spot with several old refurbished bridges of various sizes and types situated at various heights and intervals around the park. There’s informative signage to tell you where these bridges were originally located, what they were called and when they were built. It’s kind of in middle of a woods between a highway and a rural road, these bridges are retired and relaxed, they take you nowhere, but are fun to take pictures with.

Usually bridges bridge a gap from where we were to where we want to go, they help us reach our destination. But not these bridges in Battle Creek. These bridges go nowhere! There’s no point to the bridge other than the bridge itself. 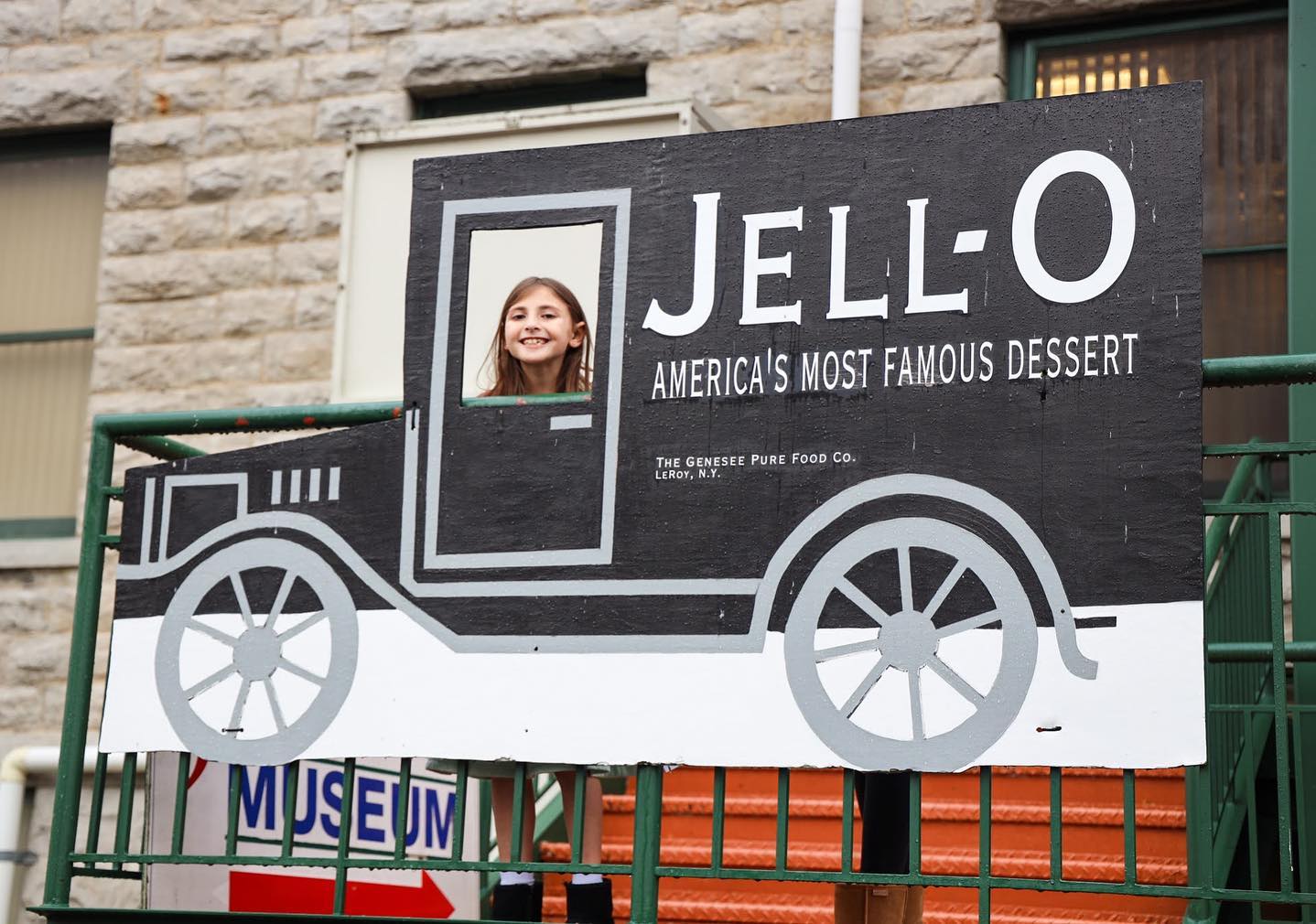 Later on, closer to home on our return trip, we stopped at Leroy NY, its a small town between Buffalo and Rochester along Route 5 (an important state route before the Thruway took over). Henry Ford got a speeding ticket in this town and its also home to the last remaining “Mike Mulligan-type” Steam Shovel in the country. But what we came for was the “Jell-O Museum” a local historical society collection and celebration of all things Jell-O including its long history and its extensive marketing campaigns over the years, what changed, what stayed the same, Jell-O iterations in different countries and even about its Kosher aspect (which has an Albany connection – for another time).

The relevant thing about Jell-O is that its the type of substance that is in-between (a bridge you might say) between a liquid and a solid. It’s a colloid gel, a suspension (again, a bridge pun) that has its own identity. It’s not neither here or there, instead it’s in-betweenness is its whole identity and that’s what we enjoy and celebrate. Jell-O is neither liquid nor solid, and that’s what makes it special.

Back to Jacob’s Ladder. While the point of the ladder is that it bridged heaven and earth (a ladder is actually a vertical bridge of sorts), in many ways Jacob’s Ladder assumes its own identity, the ladder itself. Like the bridges in Battle Creek or the suspension of Jell-O – the in-between itself is significant.

Indeed, like a road-trip itself! Most people just want to get from Point A to Point B as fast as possible. Road-trippers on the other hand, like to make the journey itself an experience, not only the destination. Students of the Alter Rebbe’s Tanya appreciate the Beinoni’s in-between, that there’s what to celebrate and appreciate even  (or especially!) when one hasn’t yet arrived.

Many of us find ourselves in an in-between space. Sometimes that can be unsettling and frustrating, indeed Alter Rebbe finds it necessary to comfort and reassure the Beinoni 3 times in Tanya. Sometimes we wish the journey was faster, simpler, less windy or confusing, with fewer ups and downs. Our bridges to nowhere in Battle Creek, the Jell-O Museum in Leroy, and Jacob’s Ladder in Parsha Vayeitzei remind us that the journey itself has value, meaning, and may indeed be our/the purpose!