I Want My Hat Back – by Jan Klassen 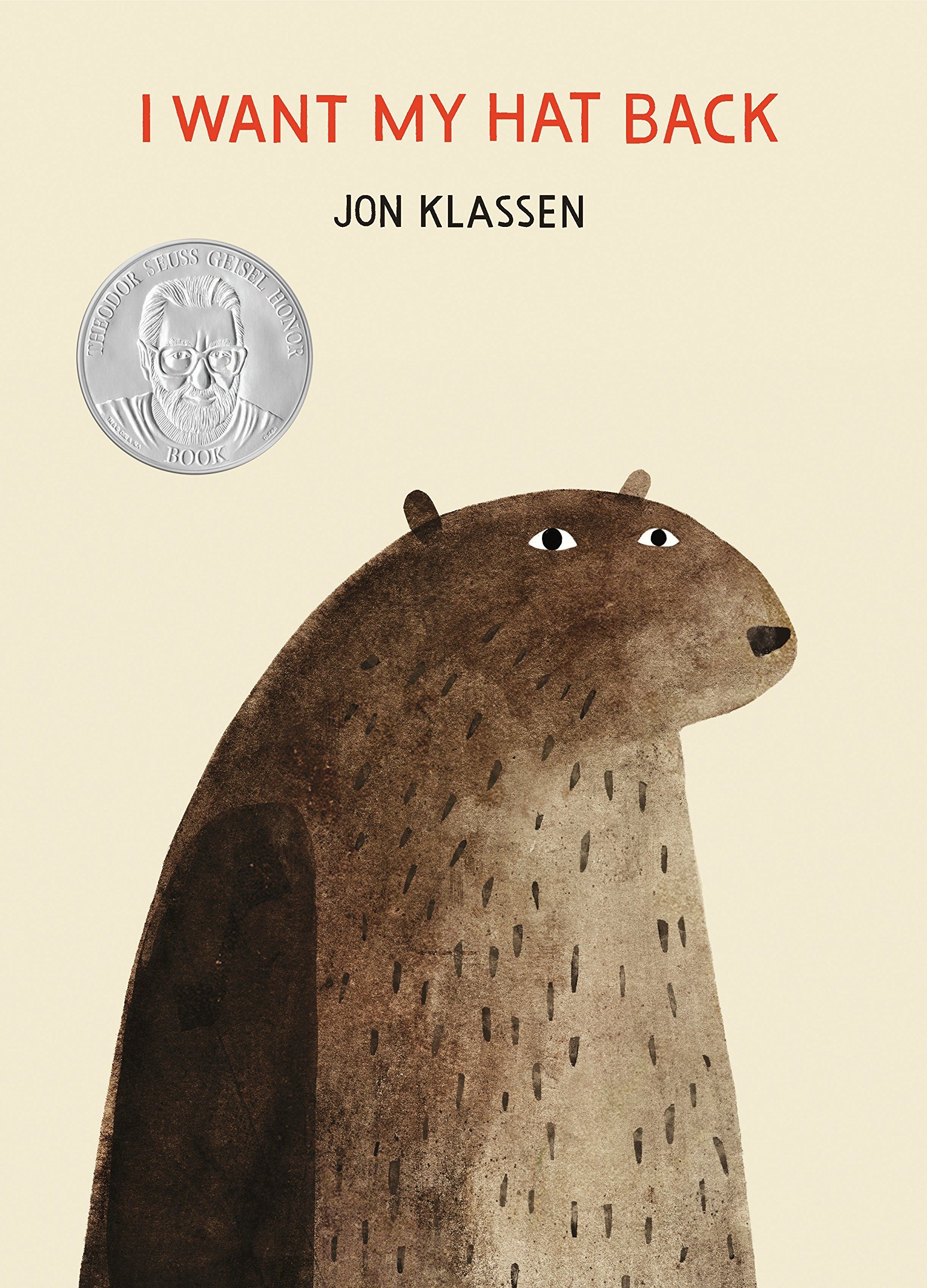 We picked up this “I want my hat back” book at the library the other day. It’s by Jan Klassen who wrote and illustrated several picture books about animals and a hat. This book (surprisingly!) won major book awards and was on the New York Times bestseller list in some type of category.

The plot is simple enough. A bear lost his hat and goes around to various animals to ask if they had seen it. After a number of polite conversations and some empathetic inquiry by a deer, he then realizes (in great anger! that page turns red) that one of those animals that he spoke to earlier had his hat! He rushes back, confronts that little rabbit (and as subtly implied by the book) eats the rabbit and is happy to have his hat back.

I was reading this book to my youngest, and thought to myself: What is the message of this story!?

Then it struck me. The two animals (first the rabbit and then later the bear) in this story “protest too much” as Shakespeare says in Hamlet, are hiding something. They incriminate themselves with the uncalled for strength of their denials. In Yiddish there’s an expression, “Af dem Gaven brendt dem Hitel” which means the thief’s hat burns on his head. They are overly eager, they over-compensate, they protest too much!

Now, protest can be a good and noble thing. It doesn’t always belie some hidden demon. It’s important to stand up for a cause, to come to the aid of others in need. Abraham in Parsha Vayeira speaks up to G-d about the destruction of Sodom. Moses protested to G-d in defense of the Jewish people. Of course, protest can be a real Jewish value.

I doubt the intended target audience of this picture book will get this message (unless this is written for adults) but short of consulting Mr. Jan Klassen, I think this must certainly be part of the book’s intended message.